On a warm June day the sheep graze in the green pastures around the sleepy little village of Luppitt in East Devon just as they have since ancient times.  Perhaps the hedges are more neatly trimmed, the fields more divided, the hills less densely wooded than they were in the sixteenth century, but the contours of Devon’s rolling countryside remain unchanged. 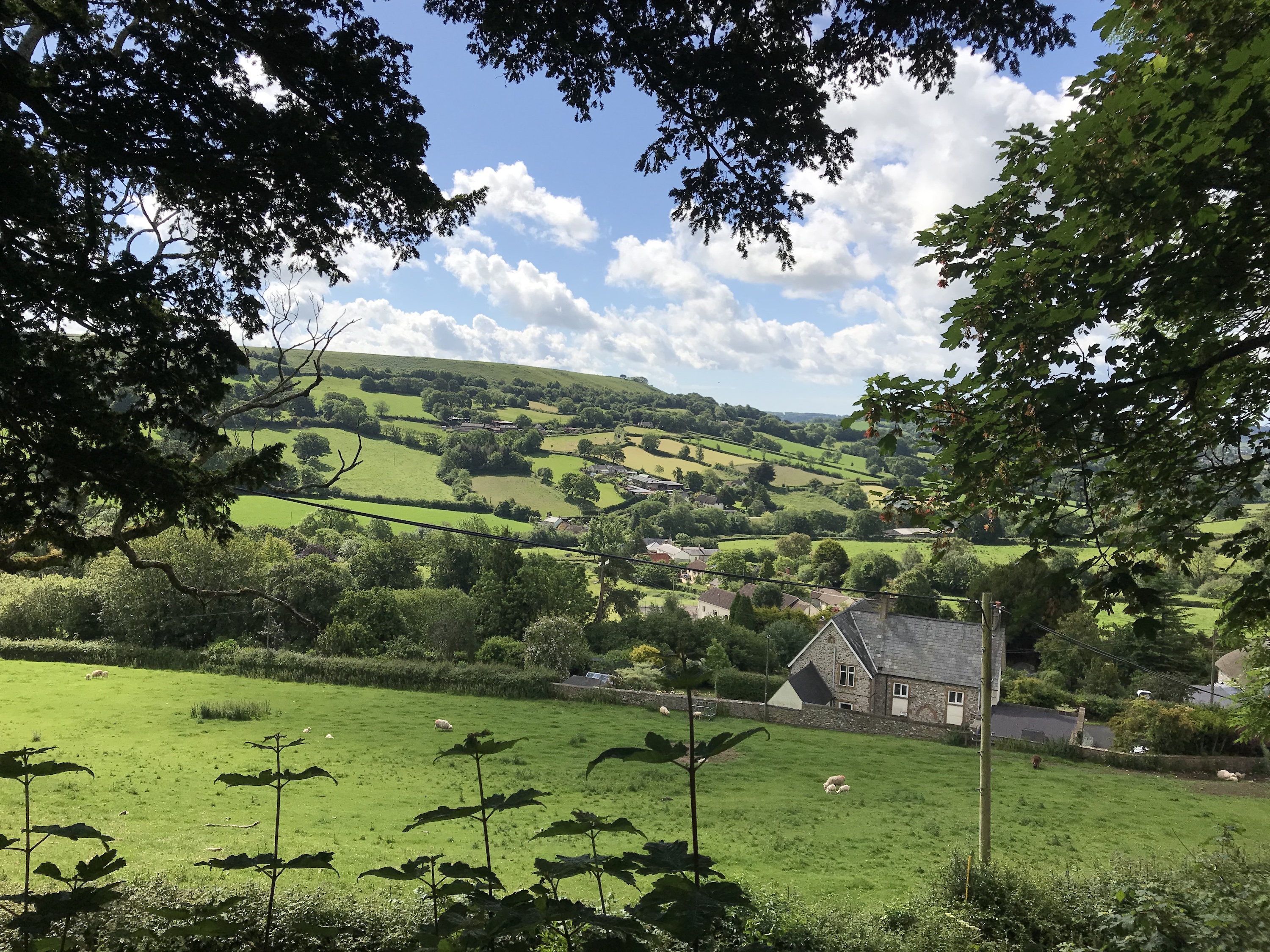 Luppitt lies four miles due north of Honiton, two miles west of the River Otter. In early sources the name of the village was rather endearingly written  “Love-pit” -  supposedly a reference to a monastery that was once sited in a low pit or hollow within the parish.  The monastery was dissolved by William de Mohun, when he founded the abbey of Newnham  near Axminster.  The Mohun’s held the manor until the fourteenth century  when it passed into the Carew family with the marriage of John Carew and Margaret de Mohun. The ancient manor-house, known as Mohun’s Ottery, is now a private house and is some little distance from the village. It became a farm-house and was largely destroyed by fire in 1847, but Peter Carew’s sixteenth century arched gatehouse still stands with some of the carving intact. 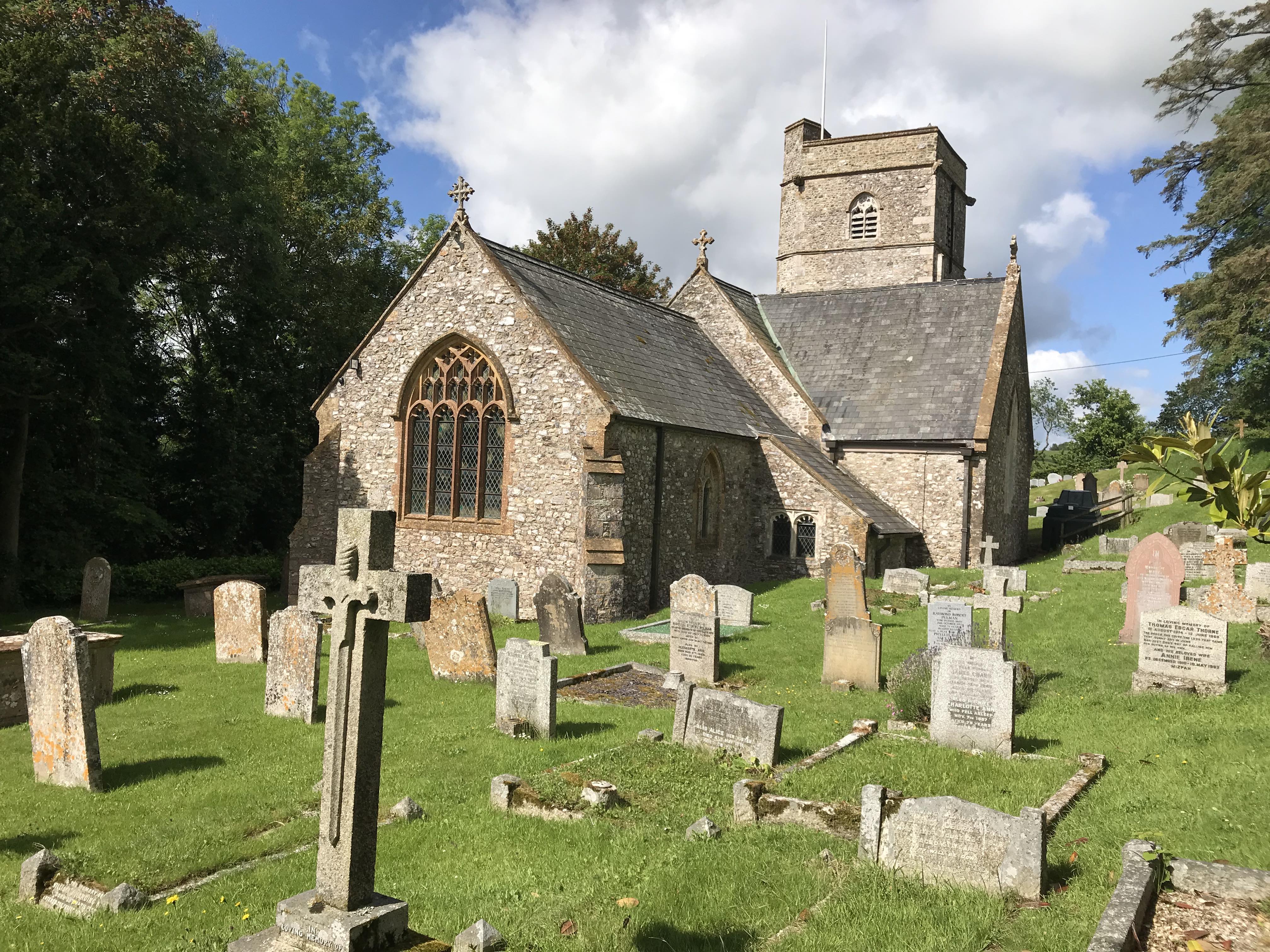 The church of St Mary stands high on the hill to the north of the village and dates from the early 14th century, perhaps from the time of John Carew.

Two stone faces peer at us as we go though the door. 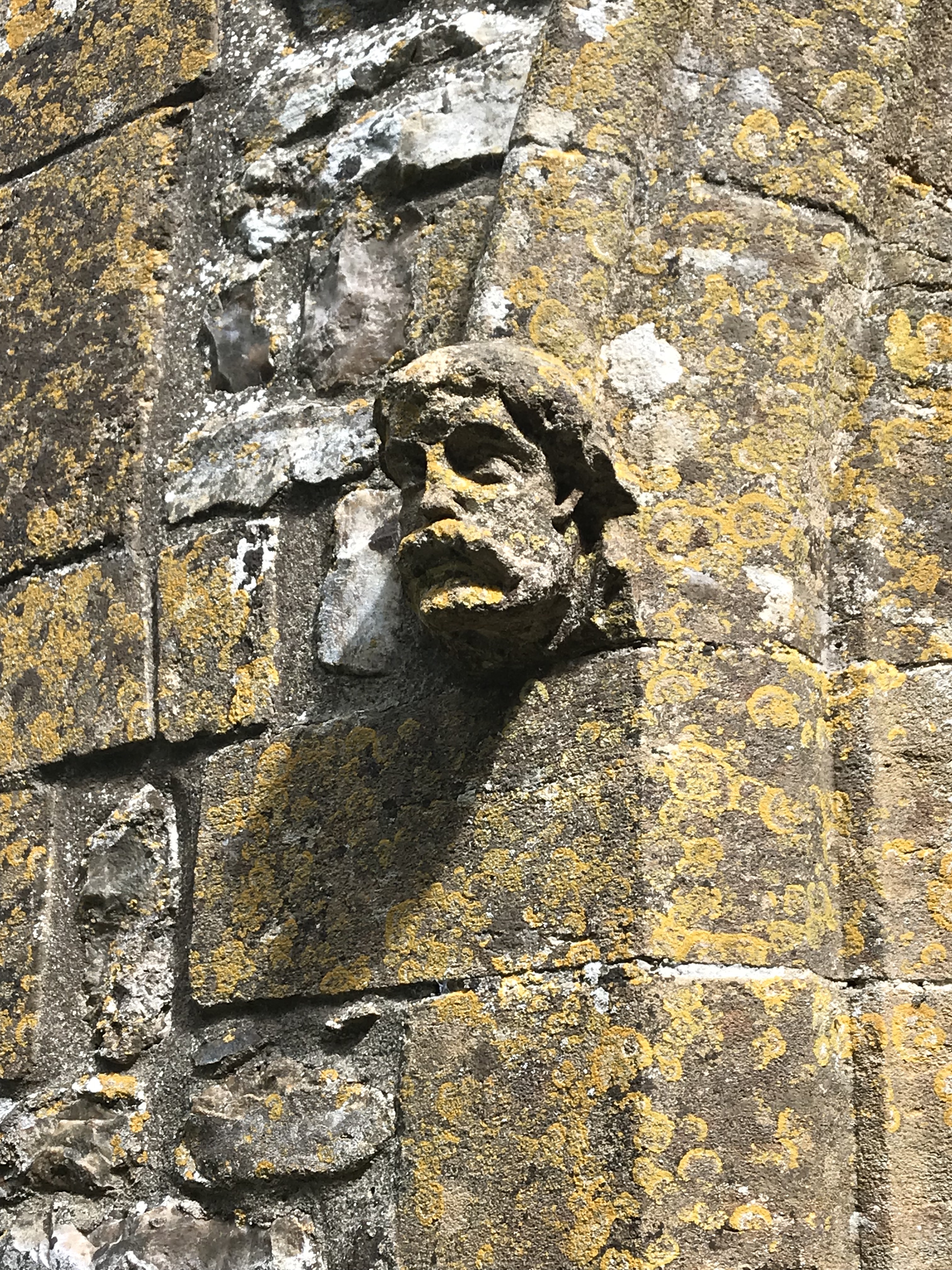 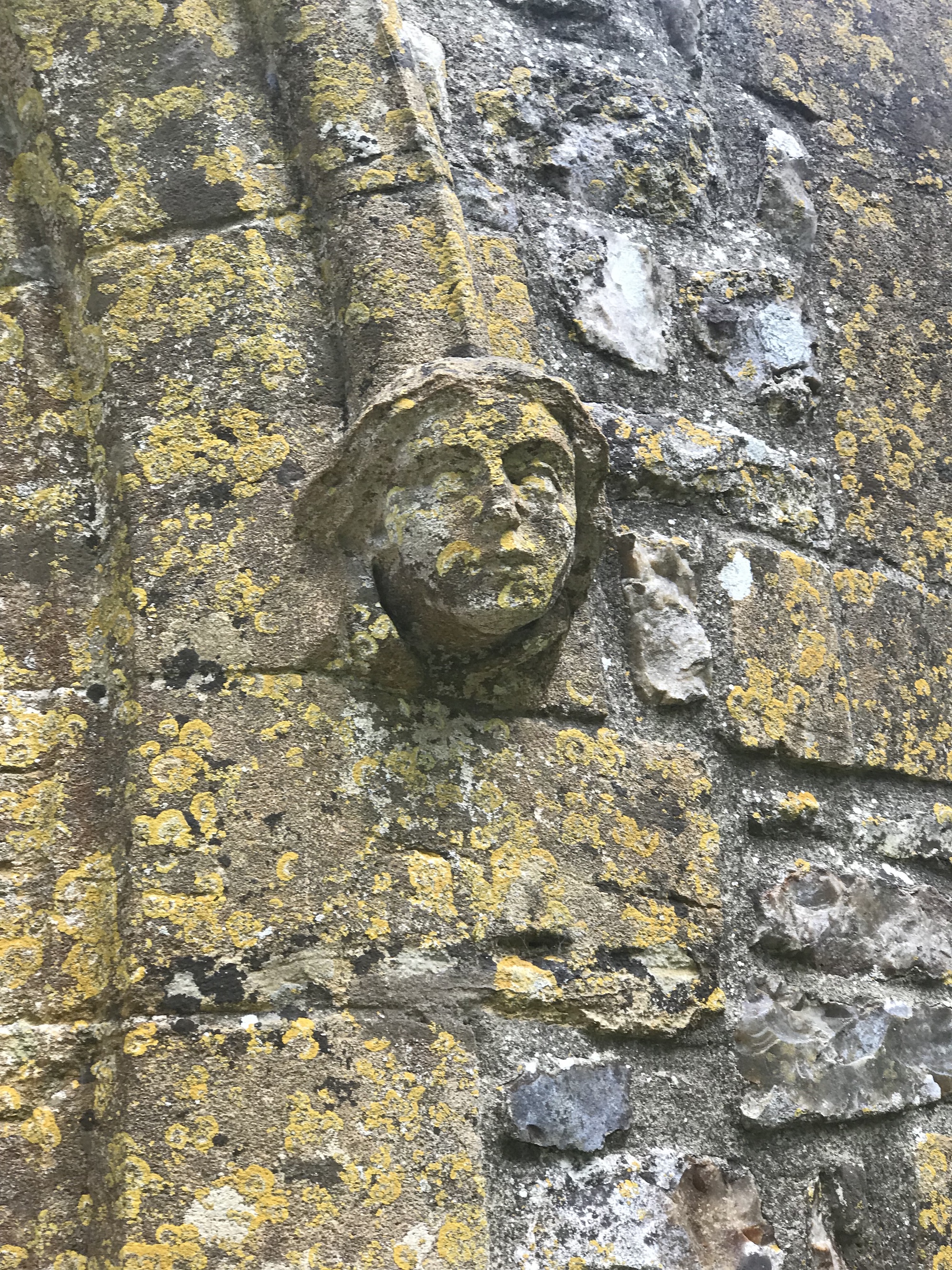 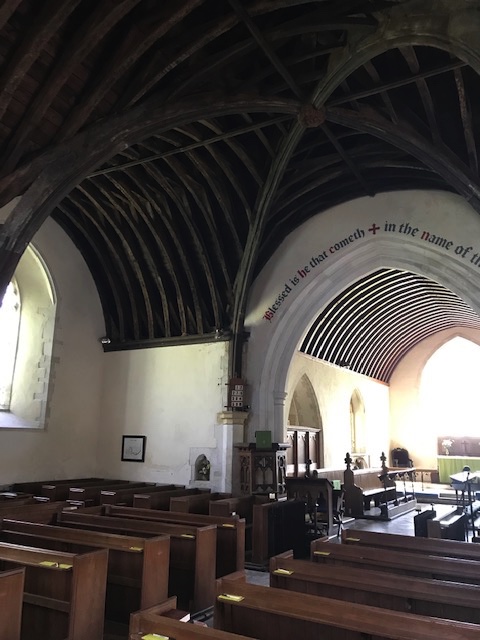 There is something especially welcoming in the cool, musty air of this church in mid summer; a feeling of continuity, of connection with all those who have gathered in this special place in times long past.

If I close my eyes I can imagine George Carew, who would later rise high in the church, leading the service for his brother William's funeral in 1536.  Perhaps William's sons, George and Peter -- larger than life figures who played their part on the Tudor stage --- were there too. 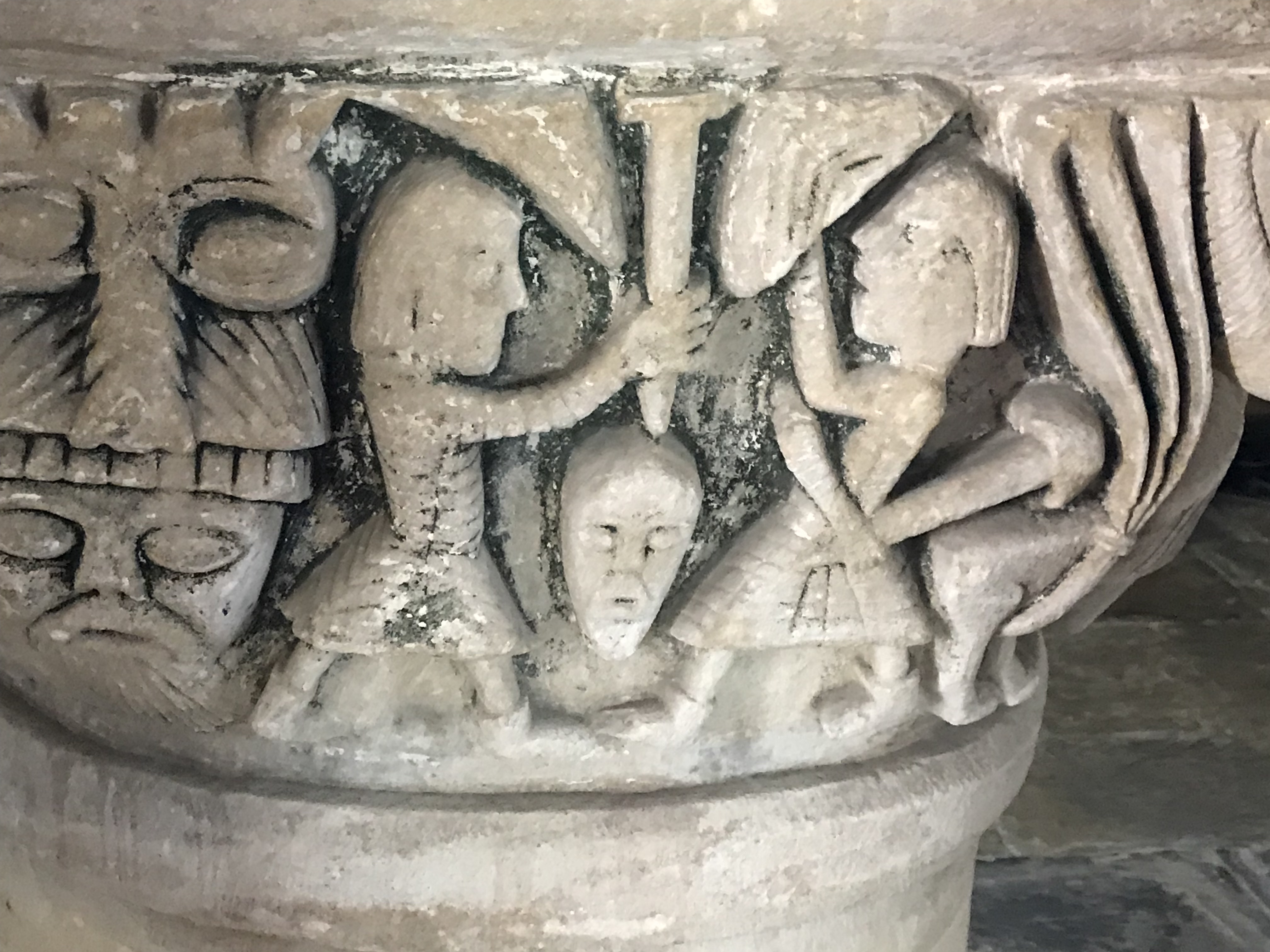 Even in the dim light, you can’t miss the astonishing Membury stone   font, probably Norman, although some say it may be Saxon. A shiver runs down my spine as I examine the square bowl with its round rib moulding, It is covered with strange carvings that seem odd in  a place of worship.  On one side it seems to show a martyrdom, on  the other a fabulous monster, wild animals and strange patterns. Images from a long forgotten past. 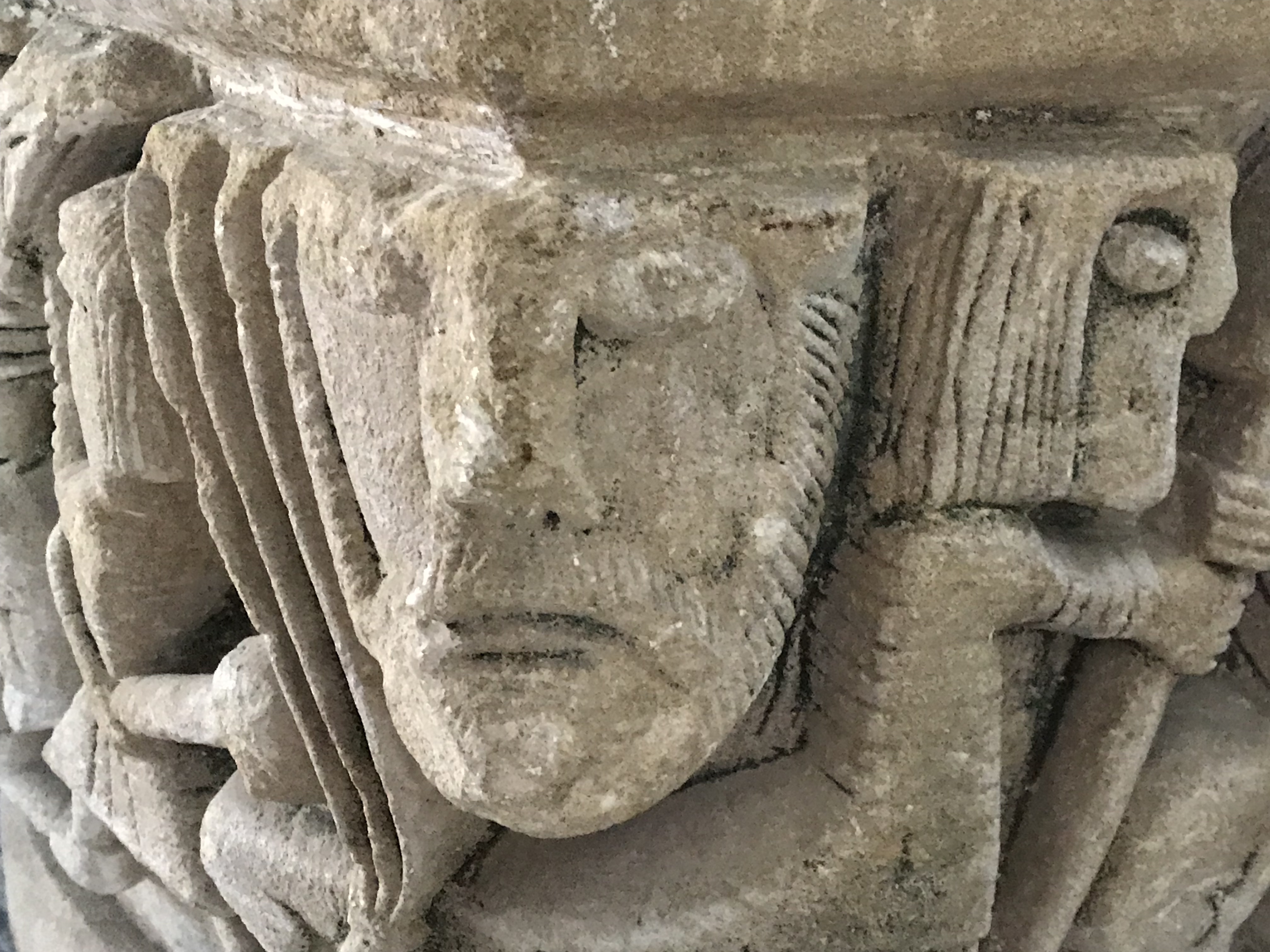 Each corner has a large mask like head, mouth turned down as though in some agony of despair. 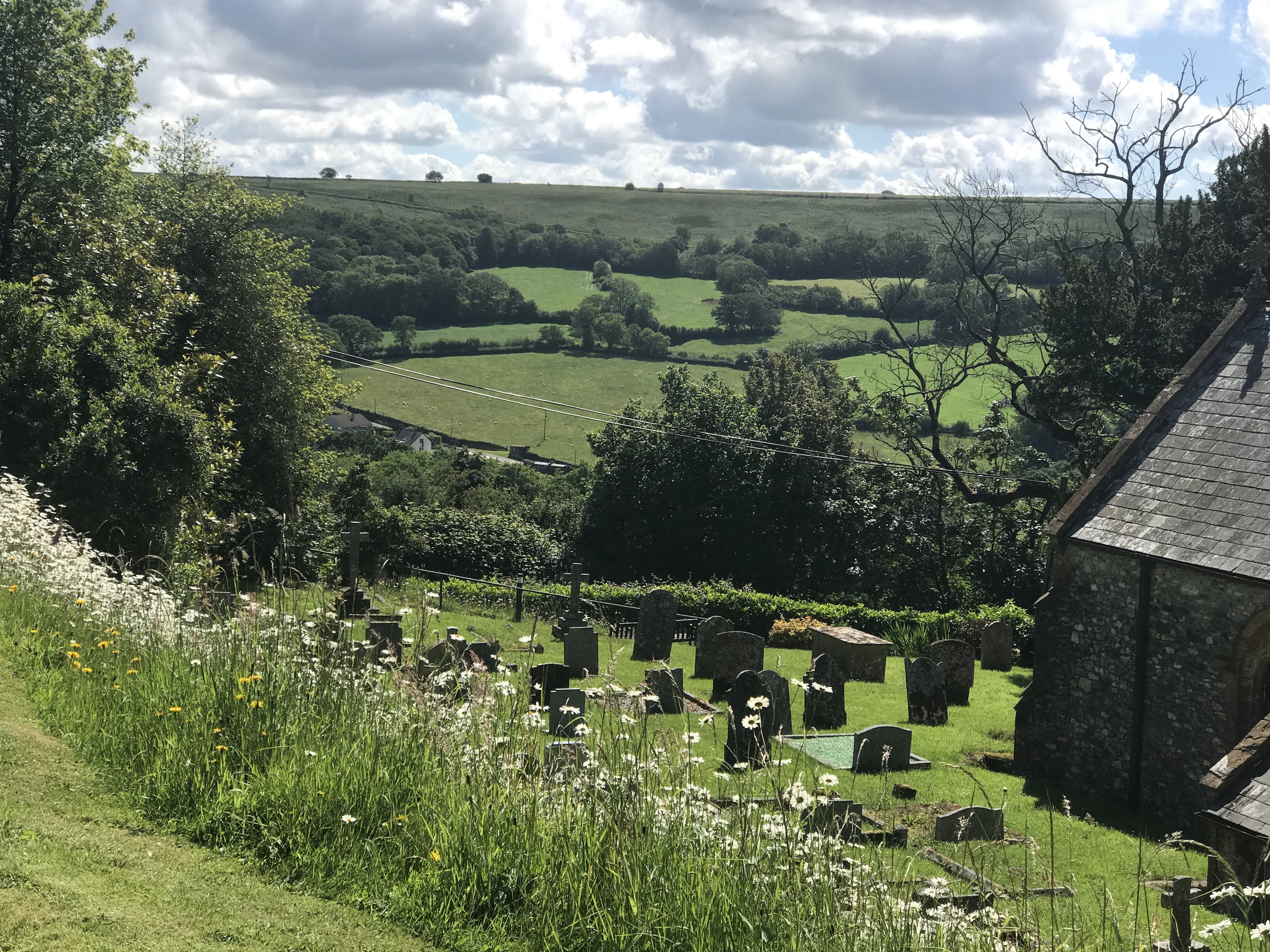 But outside all is bright and beautiful. The sun beats down on green hills and flowers..

And the sparkling river winds its lazy way through lush meadows. Luppitt is a place of Inspiration on a Devon summers day.