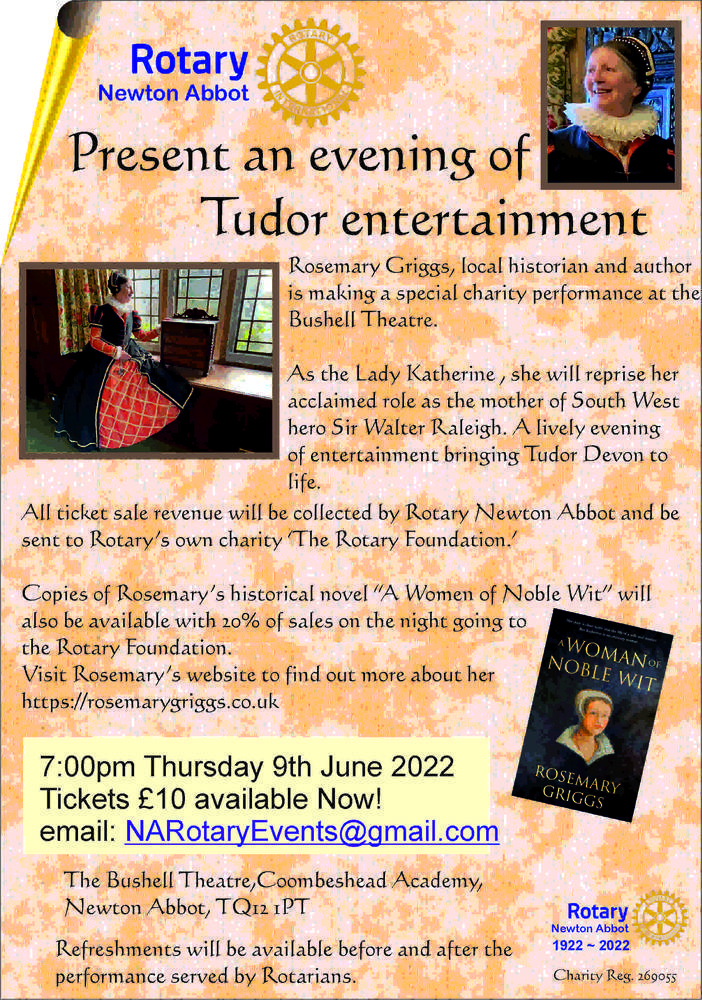 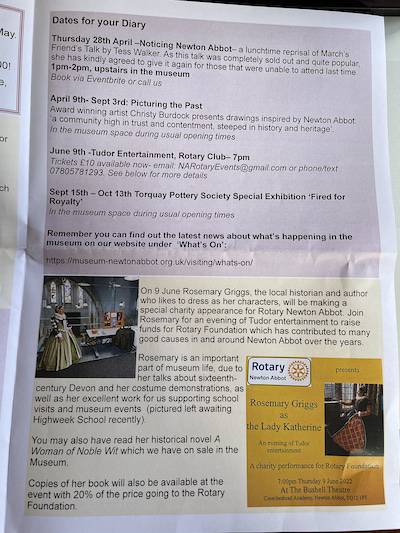 A lovely article and promotion for my charity event in June. "Rosemary is an important part of museum life, due to hertalks about sixteenth century Devon and her costume demonstrations, as well as her excellent work for us in supporting school visits and museum events.... You may also have read her historical novel A Woman of Noble Wit which we have on sale in the Museum. " 7.00pm Thursday 9 June 2022 At The Bushell Theatre, Coombeshead Academy, Newton Abbot, TQ12 1PT Tickets £10 available now email: NARotaryEvents@gmail.com Tickets £10 available now email: NARotaryEvents@gmail.com 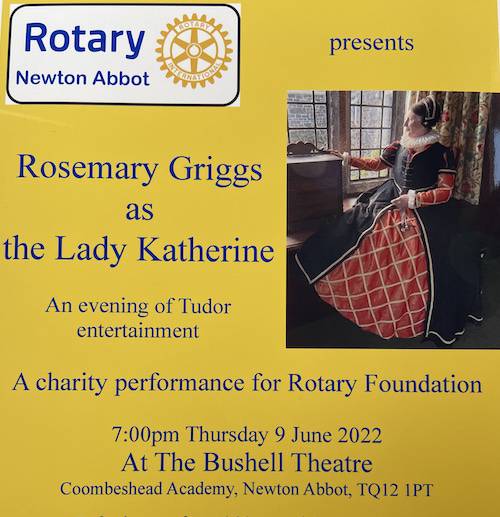 Join Rosemary Griggs, the Devon historian and author of A Woman of Noble Wit for an evening of Tudor entertainment to raise funds for Rotary Foundation which has contributed to many good causes in and around Newton Abbot over the years. Refreshments will be served before and during the interval. There will be plenty of time for questions and Rosemary will be on hand with her quill pen to sign copies of her historical novel afterwards. For any books sold on the night 20 percent of the cover price will go to Rotary Foundation. Tickets £10 available now email: NARotaryEvents@gmail.com

A Woman of Noble Wit - 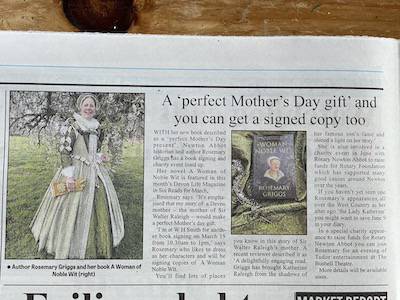 News of a book signing event at WH Smiths Newton abbot on 19 March 2022 and early notice of a charity appearance for Rotary Newton Abbot at the Bushell Theatre, Newton Abbot on 9 June 2022