A wonderful insight into the Tudor era 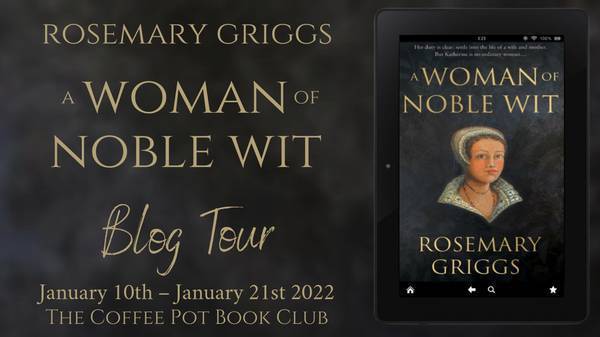 ................ I really enjoyed following Katherine-Kate’s journey from young girl to an old frail woman. Katherine-Kate is a character that was very easy to like, she is also very human in the telling. I thought this novel was as enjoyable as it was successful. This book has really set the bar incredibly high for this year!

A man may go adventuring, but a woman’s place was in the home. Her mission in life was to give her husband strong sons. She must be passive, accepting of her situation. Katherine-Kate’s life had been mapped out for her from a child. She will have no say in who she marries. She can only hope that her father does not wed her to some aged lord. Oh, how she wished she were her brother. Johnny’s life would be glamours and exciting, whereas Katherine-Kate would always be wishing for more. But that was the way of the world, and there was nothing that Katherine-Kate could do about it.

This is an age where a king could break from the Catholic Church to secure a divorce only to execute his Queen three years later. The nobility may have wealth and position, but that did not protect them from the king’s wrath. Every word must be carefully weighed up, and if you spoke the wrong word to the wrong person then you could lose everything, even your life. I really liked the way the author approached this period. The story of Henry VIII is played out in the background of the novel, and as he we hear through gossip and family discussions what is happening in Henry VIII court, Katherine-Kate’s more pressing desire is to be a good wife and more importantly a mother to sons.

Katherine-Kate is very young when this novel opens. She looks with longing at the couples who dance at the fair wishing that she could marry the man she loves rather than the man her father chooses. In that moment she envies the poor, but she knows she has no choice but to do as her father wills. My heart really broke for Katherine-Kate in this novel. She is still a child, by any standers when she is forced to marry. The fact that her father demands she not be bedded until she was older made for some very uncomfortable reading - her father knew she was too young, but married her anyway. Katherine-Kate goes to live with her husband in a home that is filled with hostility. It would be enough to break anyones spirit, but Katherine-Kate is determined to make the best of her situation.

As Katherine-Kate grows into a woman she slowly comes into her own. She knows that to achieve favour she must give her husband a son, an heir. But like Anne Boleyn the best she can do is a daughter. Katherine-Kate is so very disappointed that she refuses to hold her child let alone bond with her.

A girl, a girl, a girl! This was not how things should have turned out. She had failed. She was an imposter. Not a fine and capable lady at all; she was just a silly little maid.

Unfortunately Katherine-Kate’s relationship with her daughter does not improve as this story goes on and I think that is the greatest tragedy in this story.

As we watch Katherine-Kate grow and mature, she relishes in her role as lady of the house, but she still longs for adventure. And as her marriage rapidly deteriorates her eyes fall upon a man who sets her heart a flutter. If she had a choice of who she had married then it would have been him, but alas, unlike the king she cannot seek a divorce, even if her husband makes her so desperately unhappy.

I thought this novel was a wonderful insight into the Tudor era and I really enjoyed following Katherine-Kate’s journey from young girl to an old frail woman. Katherine-Kate is a character that was very easy to like, she is also very human in the telling.

I thought this novel was as enjoyable as it was successful. This book has really set the bar incredibly high for this year!